British Land Is a REIT Stock That Could Rebound in the U.K.

07 Jun British Land Is a REIT Stock That Could Rebound in the U.K. 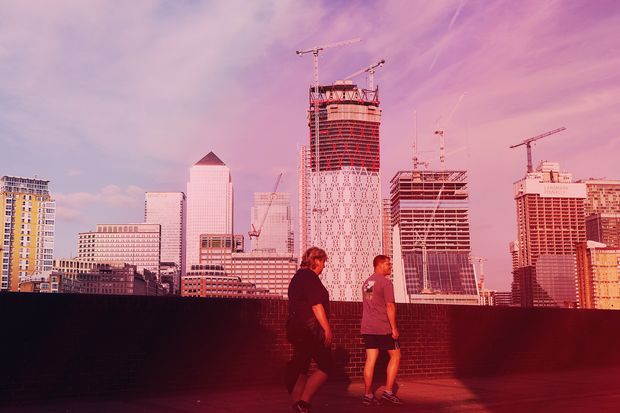 The Canada Water project would create a new urban center that could turbocharge British Land earnings.


A decade ago
British Land

was considered a bellwether of United Kingdom real estate. The property firm, along with rival
Land Securities
,
accounted for 42% of the sector’s market value—but that share has been almost halved, to 22%.

Both firms have been overexposed to struggling retail sites and have also been hurt by the uncertainty around Brexit. This has hit shares, with British Land down 25% since January 2016, compared with the wider real estate sector’s slide of just 11%.

But British Land (ticker: BLND.UK), a FTSE 100 component, owns a major 53-acre development in East London, and a planning decision that is due in three months could transform its fortunes and send its shares shooting back up.

The property group is a real estate investment trust, or REIT, that traces its history back to 1856. It has a staff of 559 and a market value of five billion pounds ($6.34 billion). Its portfolio is diverse, ranging from Sheffield’s Meadowhall, one of the largest shopping malls in the country, to the “Cheese Grater,” London’s third-tallest building.

Shopping malls have been at the center of its business for years but are now at the heart of its problems. In 2010 retail accounted for 66% of the firm’s portfolio. But shopping habits have clearly shifted. Consumers are buying more online and are spending less in the wake of the 2008 financial crisis. This is causing retailers to collapse, and British Land’s malls are fast becoming obsolete.

The REIT is urgently adjusting its strategy. Retail is now down to 45% of its portfolio after it sold £2.9 billion of retail property since 2014. It has a goal of reaching 30% in five years’ time. But news of that goal came too late for the annual results.

While the shift from retail to more mixed-use sites may take years to gain financial traction, some analysts view it as promising. Miranda Cockburn, an analyst at broker Panmure Gordon, sees the stock heading to 570 pence ($7.23), up from 532. Peel Hunt has a target of 630 pence. But neither seems to have included the potential of Canada Water, one of London’s most significant development projects, into their models. British Land has yet to win planning permission from the local authority.

The site, a large chunk of docklands south of the River Thames, would create a new urban center that could turbocharge British Land earnings.

In May 2018, it entered into a Master Development Agreement with the local government council for 40 buildings that would contain 3,000 new homes (35% of them affordable housing), offices, leisure space, and a healthy amount of retail in the mixed-use format where it tends to work. Documents seen by Barron’s show British Land estimates the scheme could generate total profit of £612 million during the development process, which is expected to span at least 10 years.

The plans are likely to be refined if the council does not wave them through initially. Either way investors have the potential of a short-term Canada Water win, or a longer-term strategy-shift play.

Rupert Steiner is the bureau chief for the Barron’s Group in London.