A decision has been made by Surrey City Council to dissolve the Surrey City Development Corporation (SCDC) and transfer all of its assets and operations to the City of Surrey.

The municipal government is the sole shareholder of the for-profit private company, which was created in 2007 under then-mayor Dianne Watts to develop surplus city-owned lands that provide the city with revenue and also contribute to Surrey’s social and economic development.

Its arms-length activities from the municipality were also intended to help catalyze private sector development activity in Surrey.

SCDC has its own management team and board of directors, and they will now work on a one-year transition of their real estate portfolio worth $250-million to the city.

“Council believes the time is right to bring these activities back under the purview of the City and have the work done in house,” said Mayor Doug McCallum in a statement, with the decision made in a private city council meeting.

“I would like to extend my sincere thanks and appreciation of the staff, the board members, and President and CEO of SCDC for their efforts and contributions to Surrey.”

The company is behind the 2019-built 3 Civic Plaza and Hotel — the 52-storey, mixed-use tower next to Surrey City Hall and SkyTrain’s Surrey Central Station. It partnered with Century Group, and brought a 144-room boutique Marriott Hotel into the city centre, as well as about 350 homes and a satellite campus for Kwantlen Polytechnic University. 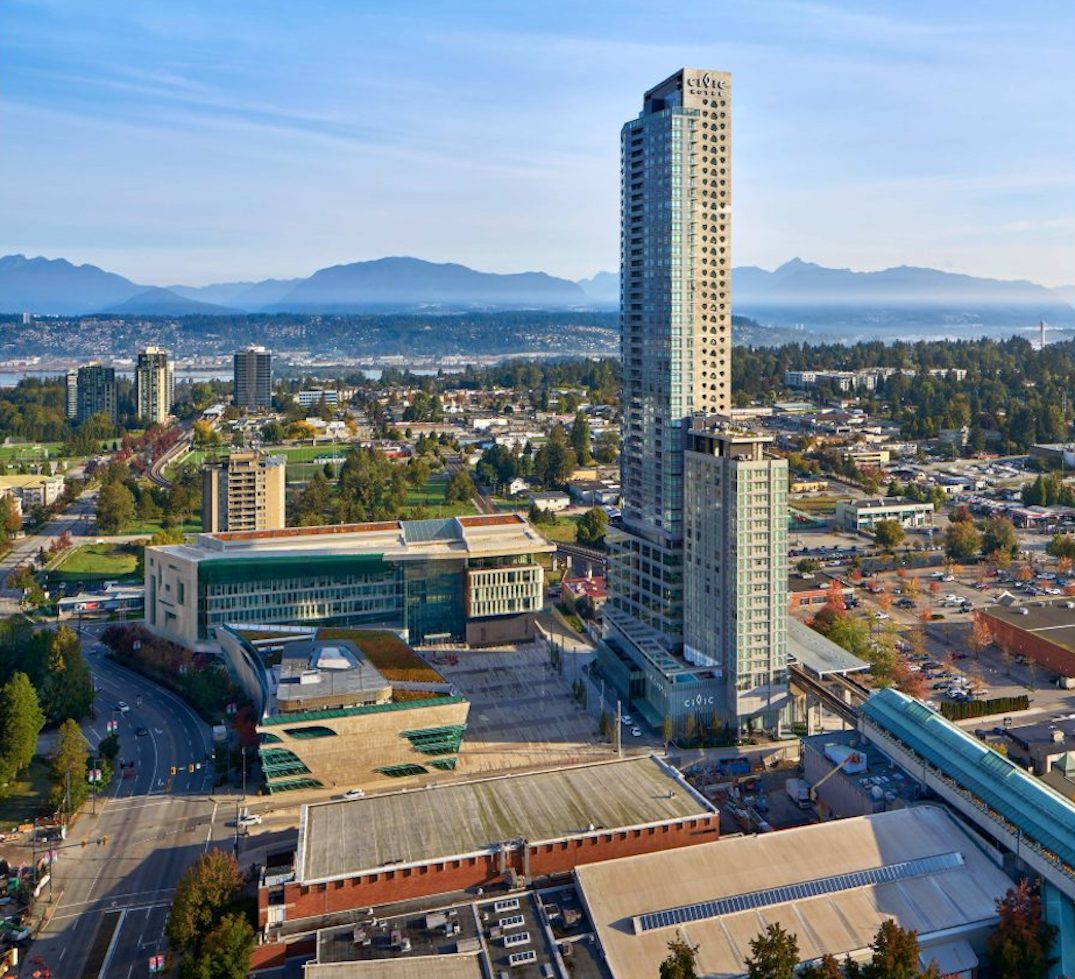 In Campbell Heights, on a major piece of city-owned industrial land, SDCD secured a multi-year lease with Walmart, which is spending $175 million on a distribution facility. This is the most recent development for SCDC’s 300-acre industrial development in the area.

“SCDC is immensely proud of its work in advancing the City of Surrey,” said Michael Heeney, president and CEO of SCDC, in a statement. “I am encouraged that the City will continue work on many of SCDC’s initiatives and we will work with them to ensure a seamless transition.”

Every year since 2013, SCDC has paid $4.5 million in annual dividends to the municipal government, reaching $31.5 million by 2019. The company also has a cumulative surplus of $46 million, which is being grown and reinvested into future projects.

The city has indicated there are no plans to sell any of SCDC properties beyond what has been identified in the company’s previously approved 2020 business plan.

This decision was made a time when the municipal government is projecting a budget deficit of over $40 million due to COVID-19’s impact on its revenues and expenditures.

Under McCallum, the city is also pursuing a transition into the Surrey Police Department. The planned transition to a municipal police force in 2021 will carry an annual operating cost of $193 million, about $19 million more than the current arrangement with the RCMP. There would also be one-time transition capital costs of $45 million, including new IT systems, facilities, and vehicle transition.

Last month, the municipal government cancelled a partnership with YMCA and Simon Fraser University to build a community and recreational facility in the city centre, with YMCA and the city each contributing $20 million. They stated project facility costs ballooning to $75 million was the reason for the decision.