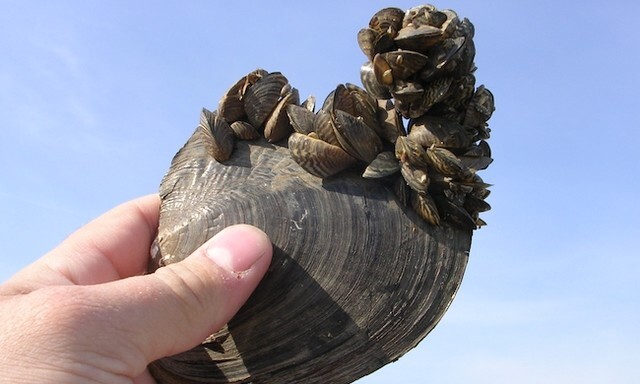 Since international travel is out of the question for the foreseeable future, Canadians have been encouraged to travel within the country. But the Greater Vernon Chamber of Commerce is concerned that increased domestic travel could lead to the spread of invasive species.

“The spread of aquatic invasive mussels poses a significant threat to the Okanagan’s ecosystem, lifestyle

and economy,” says Krystin Kempton, Greater Vernon Chamber of Commerce president. “The potential for an infestation is very real as Canadians are encouraged to travel and explore this great nation during the pandemic.”

“U.S. citizens entering B.C. to reach Alaska could also put our lakes at risk, particularly given the recent

increase in watercraft arriving in Montana infested with zebra and quagga mussels,” adds Kempton. “We urge the government to provide the Canadian Border Services Agency with the necessary resources to prevent the infestation of Canadian waters by watercraft and equipment crossing our border.”

The Chamber warns against the potential repercussions the mussels could bring to the region. For one, the Okanagan Basin Water Board estimates the annual lost tourism revenue due to invasive species could range between $12 and $22 million. The invasive species could also decrease real estate values by $10 million per year due to the razor-sharp mussels covering local beaches. Infestations could lead to higher taxes too because of increased species removal maintenance.