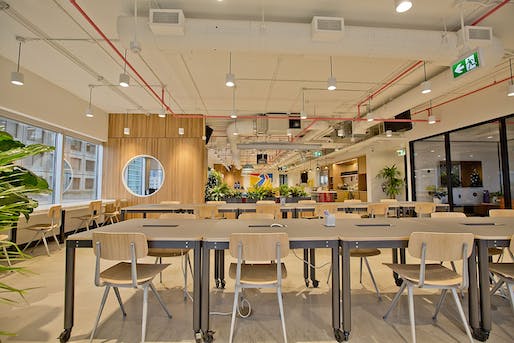 What happens to the New York and Chicago commercial-real-estate markets where WeWork was the biggest and the second-biggest tenants? […] The reverberations here are going to be pretty dramatic. WeWork […] went to zero in 30 days. That’s more value destruction than the three biggest losers in the S&P 500 lost all year.
— New York

The uncertainty comes as commercial real estate property values drop across many global cities and as architecture firms see negative growth in the number of commercial sector projects they are asked to take on.

Similar articles on Archinect that may interest you…